We are here to continue doing what we always have done.

We believe that it is possible to combine:

Coordination and independence
We are the Cooperative Banking Group close to local communities. 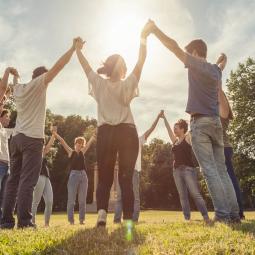 The origins of cooperative credit

The origins of cooperative credit

The history of credit unions can be traced all the way back to the 1800s when the first experiments of banks inspired by the principles of cooperation and localism took shape in France, Belgium and Germany in particular.
In Italy, the earliest cooperative credit experiment dates back to 1883, when Leone Wollemborg founded the first Rural Bank in the town of Loreggia in the province of Padua, inspired by the German model developed by Friedrich Wilhelm Raiffeisen based on the ethical principles of Christianity.

These initial experiences were so successful that, just four years later, the first Federation of Rural Credit Unions was founded, joined by 51 Rural Banks.

Compared to traditional banks, credit unions worked in close contact with the local communities, sharing their values and following the criteria of solidarity when granting credit.

After the Pope urged Catholics to undertake economic initiatives to stimulate the development of the rural population and urban proletariat in the encyclical Rerum Novarum of 1891, Rural Banks began to spread right across Italy (more recently becoming BCC- Cooperative Credit Banks). 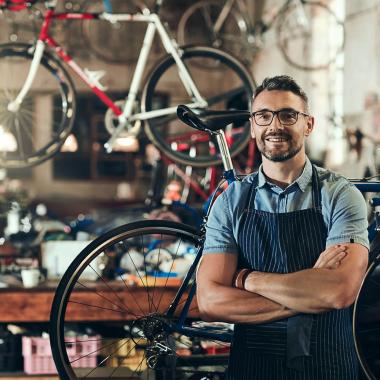 For over 100 years, Cooperative Credit has been a key factor for the development of local communities.

Born to promote local development, the system has always known how to operate within each community it has encountered, with a collaborative and supportive spirit.

This is the history our roots stem from.

The spark
Our challenge: to meet change with change 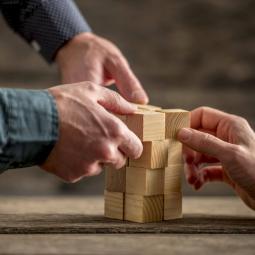 In recent years, market pressures and the new regulatory environment brought about by the Banking Union have led to important changes for banks of all sizes and legal forms, with a profound impact on strategies, organisational processes, procedures and the relationships with all stakeholders.

In this context, the Cooperative Credit Reform (Law 49/2016) was passed with the aim of updating the cooperative banking model while preserving its participatory nature and independence, introducing important concepts in relation to risk management and the pursuit of collective benefits.

The Cooperative Banking Group designed by the reform is based on a cohesion contract, which all participating banks must sign.

The contract provides that:

At a time of great economic and regulatory upheaval, the 2016 Cooperative Credit Reform prompted the system to rethink itself, with a view to greater integration and risk management.

This is our response.

We became a Banking Group to safeguard the heritage of values that are dear to us all.

To protect the results we have always achieved at a local level: social cohesion, shared development and community progress.

The stages of our journey

Official authorisation by the Bank of Italy and ECB

The Group is born 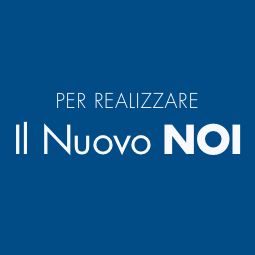 The name, face and voice of a Group under construction

The creation of the Group was only the final step of the journey that led us here.

After choosing Cassa Centrale Banca as our future parent company, we began working on our new shared home, using a common platform, Il Nuovo NOI, to share the foundations and entire architecture of the new Group.

During that period, Il Nuovo NOI represented the name, face and voice of the Group born on January 1, 2019.

We are young, but our actions speak for themselves

Since day one we have been among the top 10 Banking Groups in Italy, and one of the most sound.

But our results were evident even before.

We are a Group, but we have not always been.

Driven by the Cooperative Credit reform, we decided to work on an idea that very few believed in. A challenge we always thought we could win: a Group built together in the interest all of us.

To keep contributing to the growth of our country and the wellbeing of our local communities, in full respect of our cooperative identity.

winning over the banks

We are proud to mention that a large number of Cooperative Banks chose our project. Banks that recognised a project based on values, quality, respect for commitments and substance. Banks that decided to continue placing people first, trusting the project of a new and original Group, able to combine soundness and mutuality, coordination and independence, unity and participation.

reaching a net equity of €1 mld

One of the crucial steps along the path that led us here today was reaching, and exceeding, a share capital of one billion euros ahead of schedule.